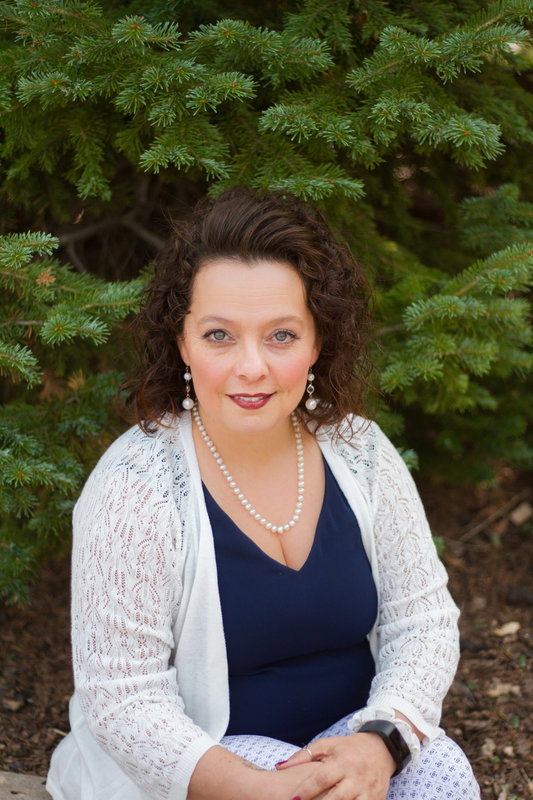 Carrie Gerbaz is in her seventh year at Ambleside School as the Director of Instruction and also as Interim Principal. A native of Grand Junction, Carrie heard about the school from a friend and co-worker in the valley. After teaching first and second grade for four years, she made the switch to third and fourth grade until she accepted the role of Director of Instruction.

She loves spending the day with her students and observing the joy and fervor they experience as they read and learn. This year Carrie completed the Ambleside Schools International’s Master Teacher Training Program, a three-year study of all subjects and an intensive study of Charlotte Mason’s philosophy. Congratulations to Carrie on not only completing this intensive program, but also getting married!

It is with excitement that we introduce Mike Conner. He has accepted a dual roles with us teaching 4th/5th grade and Administrative Director. He comes to us from Cornerstone Christian School where he has been working as their Assistant Director. We are excited to have him join us and help us in both of these roles. 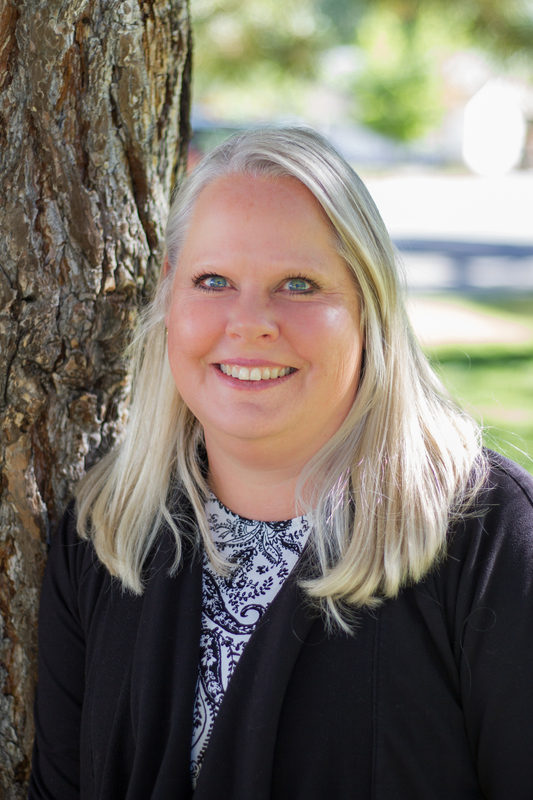 Rebecca Sandoval, our Kindergarten and first grade teacher, is a certified child and family counselor and behavioral specialist. Mrs. Sandoval has continued to join us for the 2022-2023 school year. Rebecca spent a week with Leslie Voorhees, and Bill and Maryellen St Cyr learning about Ambleside Schools International, Charlotte Mason, and the philosophy of education during the summer. The school is blessed to have her here at Ambleside School Rocky Mountains . 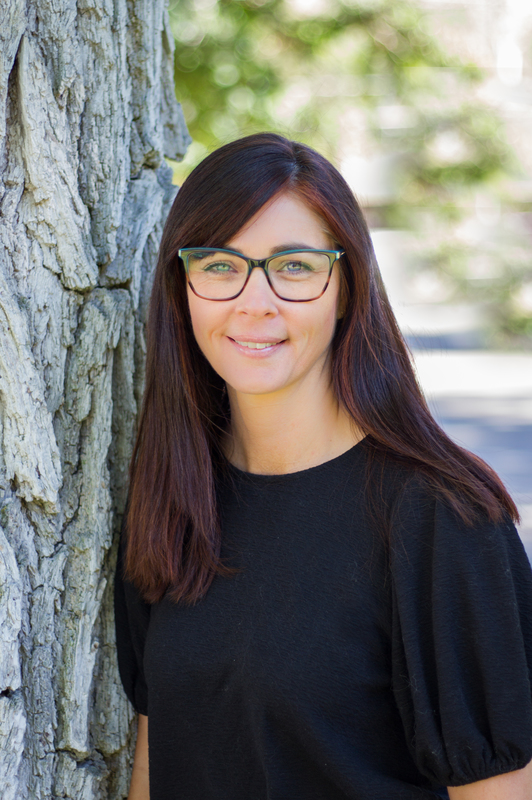 Lisa comes to Ambleside with 18 years of teaching experience. She received her bachelors degree in Elementary Education and a masters degree in Linguistically Diverse Education from the University of Michigan. Her passion for children and love for developing students in their relationship with Christ is evident. Lisa is married and has 2 children, Effie and Hank who will be attending Ambleside. Lisa has lived in the Roaring Fork Valley for 16 years. She enjoys spending time with her family outside in the mountains hiking, camping, and skiing. 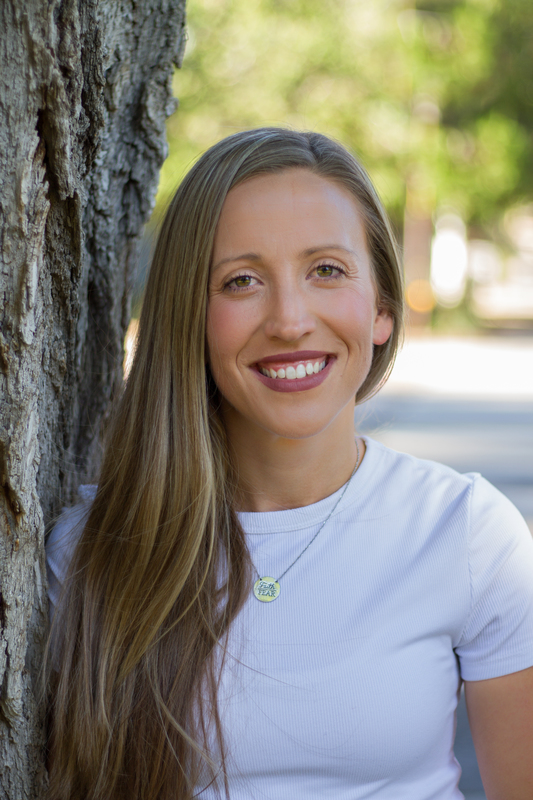 Audrey Poindexter teaches the fifth and sixth grade class this year. She has worked at the school as the Administrator as well as the third and fourth grade teacher for five years. She first heard about Ambleside years ago at her church, and when a good friend started working here, Audrey became more curious and interested. She loves the philosophy that emphasizes a rich atmosphere, the discipline of good habits of character, and texts that are full of living thoughts and ideas. She holds an Associate Degree and certificate in education from Colorado Mountain College where she continues to study. Audrey has lived in the valley for 25 years and enjoys outdoor activities with her family. She is known for her diligence and quality of work as a teacher and her consistency with her students. 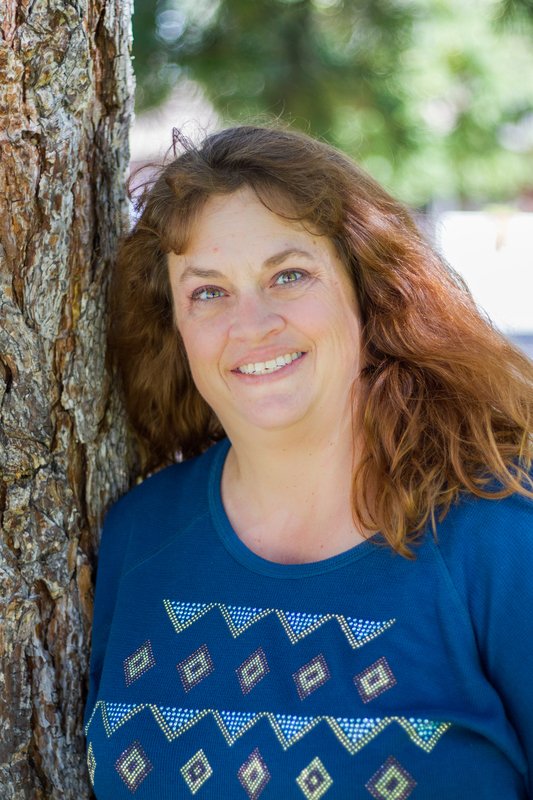 Jennifer Zwickl is a native of Glenwood Springs and has been part of the Ambleside School community since 2015 when her son Marc started Kindergarten.  She graduated magna cum laude from Liberty University in 2016 with her Bachelors in Psychology with an emphasis in counseling and is currently attending Simmons University working on her Master’s in Clinical Social Work with a certification in Mental Health.  She taught GED math classes for Colorado Mountain College for 4 years prior to coming to Ambleside. In 2016 she became the Arrowsmith Program Teacher and then Director at Ambleside.  She and her son homeschooled through the COVID-19 pandemic for the 2020-2021 school year and are both excited to be back at Ambleside this year.

We are happy to introduce to you Mrs. Cullen who will be teaching 7th/8th Grade. She has taught at private Christian schools before and is currently a swim coach for the Glenwood swim teams .Kelley joined Ambleside School for the 2022-2023 school year. Kelley is a "Jill of all trades" concerning education, as she has been coaching, training and a fitness instructor for 12 years. She spent a week with other new teachers, Leslie Voorhees, and Bill and Maryellen St Cyr learning about Ambleside Schools International, Charlotte Mason, and the philosophy of education. Kelley has lived in the valley since 2002 with her family and lives in New Castle, enjoying the outdoors and educating children.

Rhonda Coleman was born in Glenwood Springs and grew up in western Colorado. She has taught in public and Christian private schools and homeschooled her two children (now 23 and 25) for part of their education growing up. She is working on a Masters in Christian Education from Dallas Theological Seminary and is interning at Ambleside, teaching 6/7 Nature and Composer studies and Handwork and also learning about administration at the school. She enjoys gardening, spending time with family, and traveling. She’s excited about the possibilities of being a part of Ambleside as its philosophy for growing disciples for Christ is very intentional and unique among schools. 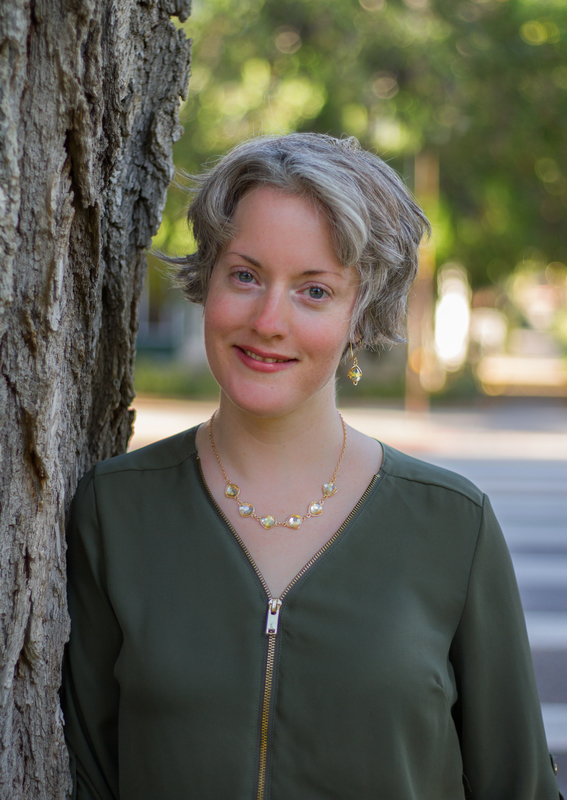 We are also welcoming Karla Ayala as our Spanish teacher as well as the PVA Coordinator. Karla has had her children in the school for several years. She will be a blessing for the school as the Coordinator of the Parent Volunteer Association.

We have many ideas about bringing our community together and would love to hear from others as well! Contact Karla Ayala at kayala@amblesiderockymountains.org.

Shelby will be filling in for our office administrative position, and her family has been apart of the school since it's inception in 2014. Shelby is married to Jesse Cowan, Ambleside Rocky Mountains Secretary board member. Jesse and Shelby have four children who have attended the school and their eldest has graduated from the school last year. 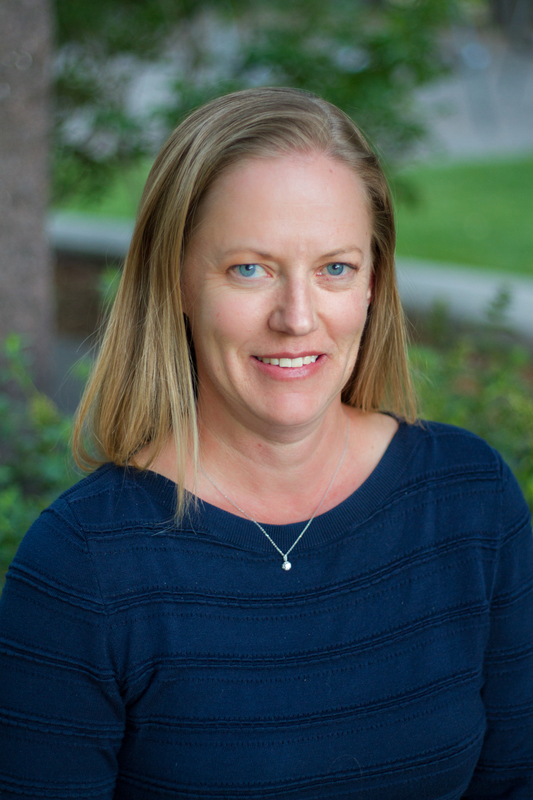 A life-long Coloradan, Jill was born and raised in Steamboat Springs.  After four years on the east coast at Colgate University followed by three years on the west coast at Lewis and Clark Law School where she met her husband, Jill realized the mountains of Colorado were home.  She and her husband seized on an opportunity to move to Glenwood Springs in 2006 for a job opportunity and have been here since.  Jill currently works as an Assistant County Attorney for Garfield County and her husband is a partner at a local law firm.  She and her husband have two children who both attend Ambleside School at Skylark.  Jill enjoys skiing with her family in the winter, family rafting trips in the summer, and hiking year-round with her dogs 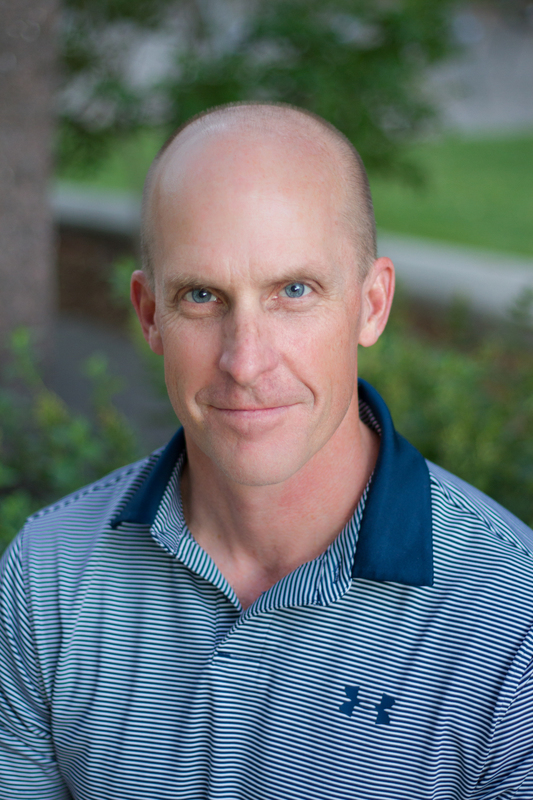 Born in California and raised in the Midwest, Peter moved to Colorado in 1986. Peter attended the University of Colorado at Boulder where he earned a degree in Civil Engineering. With a love for the mountain lifestyle, Peter moved to the Roaring Fork Valley in 1998. A year later he started Peter J. Martin Insurance in Basalt. In 2011, he merged his company with Steve Martin (not related) to form the Martin Insurance Group based in Carbondale. Peter currently splits his time between the Carbondale and Eagle office locations.

Peter lives in New Castle with his wife Eileen and children Mikal, Gage and Starr. He enjoys watching his kids play hockey, riding his road and mountain bikes, playing Adult Rec Hockey, and trying to collect trophies on Strava. 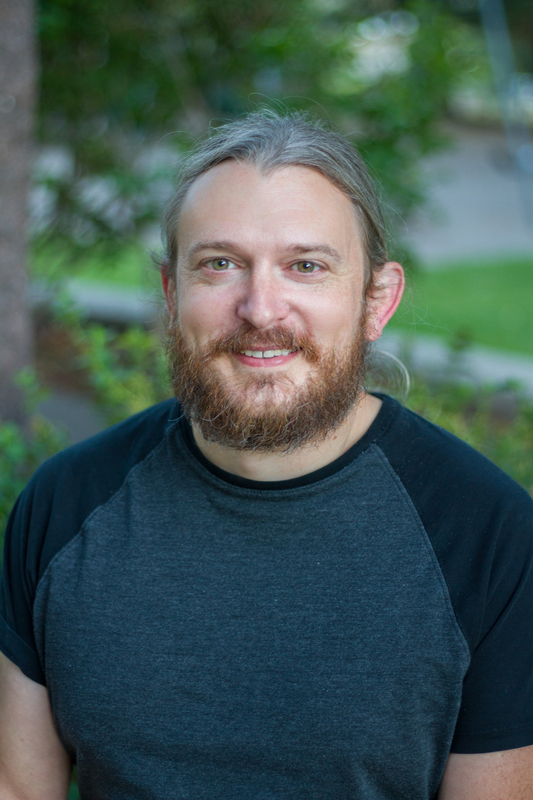 Jesse Cowan and his family have been apart of the school since its inception in 2014 as a founding family. He has a passion for education as he majored in history at UNC to become a history teacher for high school. His passion for history found an outlet in studies of the Bible, as he serves as a Bible teacher for adults and youths for the past 15 years.

He has served on the board for 2 years this coming October as the secretary. Last year Jesse was also the Staff Liaison (as a bridge for communications between the staff and the board) and will be expanded to Community Liaison this year. So, if you have any questions or concerns about any board policy or other questions, Mr. Cowan can help to answer those questions, bring those questions to the board, and/or direct your question or inquiry to the appropriate person. You can reach him via email at jessec3181@gmail.com. 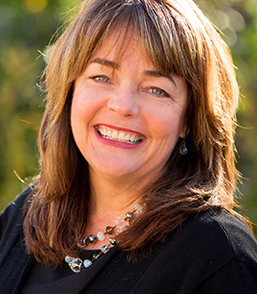 Leslie found the writers of Charlotte Mason while in pursuit of a life giving education for her own young children. With over 23 years of experience with Charlotte Mason philosophy of education she has served in many roles: Co-founder of Ambleside School in McLean, VA; board chair; classroom teacher; and now as a Director of Member Schools for ASI. Prior to becoming a mom of three Ambleside students, she served as the regional director for Estee Lauder Companies, served on several boards including Young Life, and received her BS in Biology and Health from the University of Richmond. Her greatest delight is spending time with her three grown children and two grandchildren, spread between Virginia, Arizona, and Colorado!